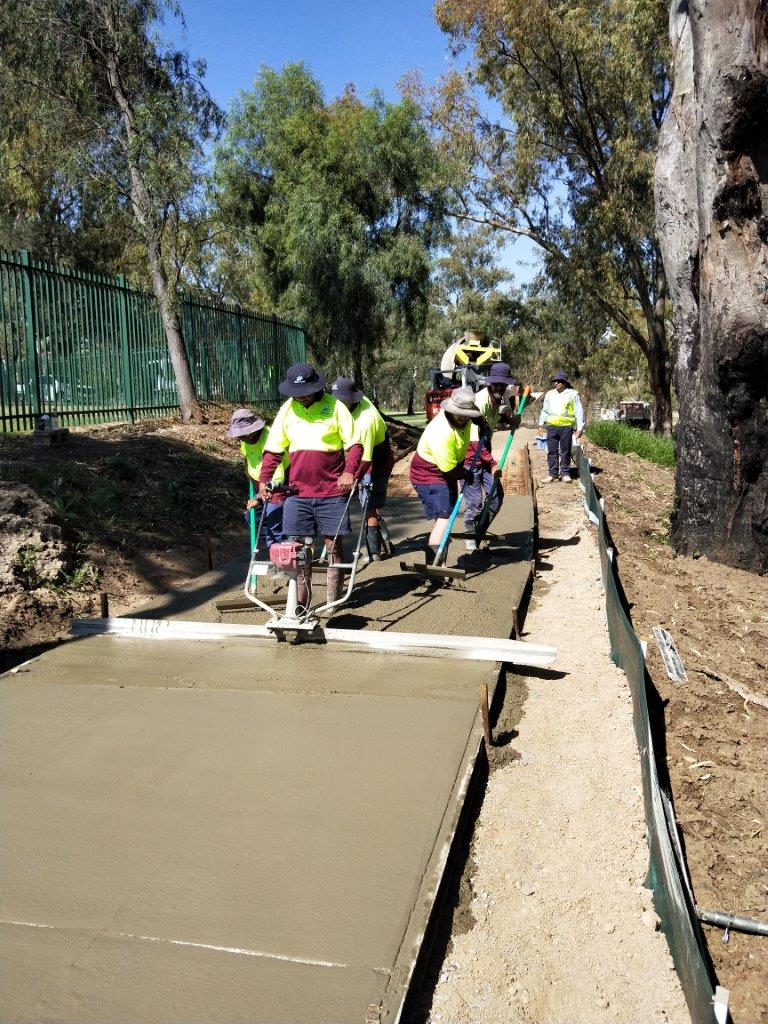 With warmer temperatures hitting the northwest, there’s no time like the present to take a stroll along the tree-lined Mehi river, which is now much more pleasant as the construction of new shared pathways progresses.

Funded by the NSW Government under the Stronger Country Communities round one, the 2.5m concrete shared pathways are being laid as part of stage one of the greater Mehi River Corridor project, valued at a total of $502,554.

The new pathways will connect to existing council pathways, creating a continuous 5km central loop spanning both sides of the river between the Edward St low level crossing and the Albert St and have been completed by Moree Plains Shire Council outdoor staff and local contractors.

Council’s Economic and Community Development Manager Mark Connolly explained that the project concept had been developed in close consultation with the Moree and District Chamber of Commerce along with regular users of the current facilities, and was supported by a number of strategic plans for the corridor developed by council over the years.

“This first round of funding for the Mehi River Corridor focuses on the construction and installation of various recreational infrastructure along the corridor, encouraging more community members and tourists to visit the area more regularly and building on council’s existing pathways in the area.

“We have a beautiful natural resource on our doorstep in the Moree CBD and soon it will be much more easy to enjoy due through walking, bicycling and picnicking.”

The next round of works will include:
- a riverfront pathway connecting the completed showgrounds section of pathway to an existing pathway heading towards the Dr Geoffrey Hunter Bridge
- LED lighting and a mural under the Dr Geoffrey Hunter bridge
- static exercise equipment along the river side of Frome St opposite Kirkby Park
- picnic tables, park benches and bubblers installed at various locations along the route
- electric BBQ installed at Mary Brand Park.

Mr Connolly also acknowledged the community’s strong backing of the project with over 15 pages of signatures provided to council via a petition supporting the project, and highlighted that council is working closely with the community to ensure the infrastructure is fit for purpose. 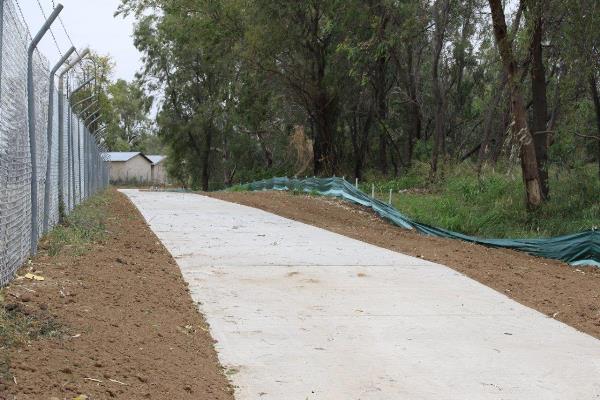 “We have consulted with key users of the pathways in development of this project, and will be holding a Facebook poll to ask the community to have their say on the design of the static exercise equipment station opposite Kirkby Park in order to ensure that what is installed gets plenty of use,” he said.

The remaining works for the Mehi River Corridor project under round one of the Stronger Country Communities Fund are set to be completed by end 2019.