Road safety is therefore an important element of the core business of Moree Plains Shire. Council has a strong commitment to improving road safety outcomes through implementation of a coordinated partnership approach.

Achieving lasting change in road safety will require council, industry and the broader community to work together. Moree Plains Shire Council acknowledges that Road safety is a shared responsibility and that changes to the way people think and act about road safety – whether it be road planners, designers or builders, vehicle engineers or fleet operators, policy makers or business professionals, or individual road users going about our everyday activity is required to achieve our road safety goals and as such have adopted the Safer Systems approach to road safety.

The initiatives and options are set out in four key areas: Safe Roads, Safe Speeds, Safe Vehicles and Safe people. The Safe System approach is underpinned by three guiding principles:

Awareness campaigns targeting all aspects of road user safety have been designed and implements, such as:

All children must be safely fastened in the correct child car seat for their age and size. A child who is properly secured in an approved child car seat is less likely to be injured or killed in a car crash than one who is not.

Moree Plains Shire Council is one of many local government areas that support the Free Cuppa for the driver Road Safety Program which runs from 1 March to 31 May; with a number of businesses participating across the shire annually.

In the Moree Plains Shire speed, alcohol and fatigue are all significant casualty crash factors. 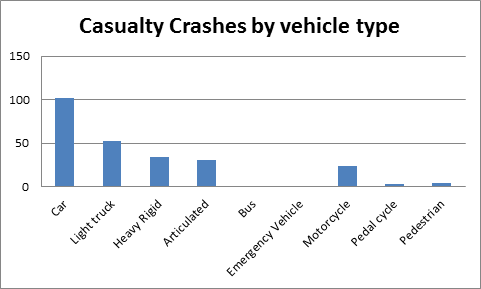 Cars are the primary vehicle type involved in crashes where people are killed or injured, involved in 59% of casualty crashes.

Motorcycles are involved in 14.4% of crashes. 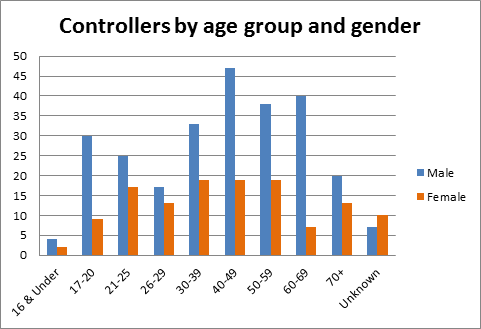 Males represent around 67% of all controllers, with high risk groups mirroring those mentioned above.


Over a 24 hour day the risk of having a crash is greatest on a Tuesday and  Friday. However, the risk is not significantly different across most days of the week. September has a significantly higher crash rate than other months. Most other months have a consistent rate of crashes, although the June and August crash rates are low at around half the crash rate of September. 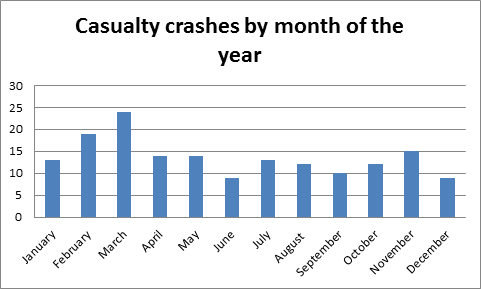 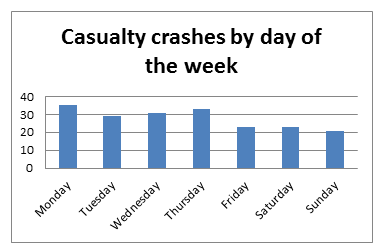 Around 47% of motor vehicle controllers involved in casualty crashes reside in the Moree Plains Shire.

A significant number of controllers (27%) involved in crashes reside interstate or overseas. Given Moree Plains Shire’s proximity to the Newell Highway, it is likely that a high proportion of interstate residents are traveling from or towards the Queensland border.

Outside of Moree Plains, residents from Gwydir (2.2%) and Narrabri (2.2%) have the highest NSW resident casualty crash involvement. 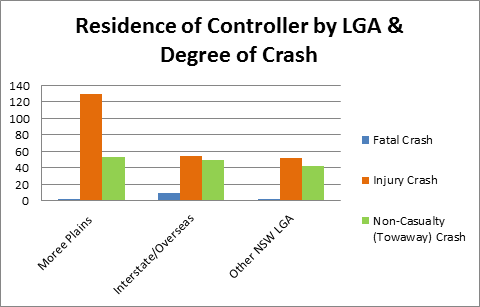 Of the 11 casualty crashes recorded, one pedestrian was killed in 2014. Pedestrians account for 9.1% of all those killed or injured on roads.

The number of reported crashes involving pedal cyclists is low as a percentage of the crash problem in the Moree Plains. Pedal cyclist crashes make up less than 2% of crashes.

For further information about Road Safety in NSW

Email: This email address is being protected from spambots. You need JavaScript enabled to view it.